Services
Human-Centric Who Codleo
Reason Why Codleo
Formula Our Process

An article authored by our Global Chief Revenue Officer, Mr R S Maan was published in one of leading newspapers of India – The Statesman.  The article published as “Diversified Workforce” headline was printed in their 20th April 2021 edition, on page 11, under the section “Campus and Career”. Being an educational article and has been published in the education page of The Statesman paper. The feature in a national newspaper is a proud achievement for Codleo Consulting, with half a page coverage devoted to the article.

Reskilling being the need of the hour, no thanks to the millions of jobs lost in 2020 and 2021 thanks to Covid-19 pandemic, the detailed article talks about the many benefits of reskilling for people in their personal & professional lives.  It enunciates how up-skilling has now made way for re-skilling. Companies are taking the initiative of re-skilling their employees with the purpose of retaining valuable talent, instead of letting them go. It talks about the importance of re- skilling for both companies and employees. Reskilling is defined as the skills needs by a person to perform his / her current organisation or in a personal capacity.  With the march of time, particular professional roles become redundant. Reskilling allows a person to seek employment or remain employed in new roles as a result of reskilling. This can apply to a host of roles across industries and is particularly relevant for the older generation.

The Statesman is an Indian English-language broadsheet daily newspaper founded in 1875 and is printed simultaneously in Kolkata, New Delhi, Siliguri and Bhubaneswar. It incorporates and is directly descended from The Friend of India, founded in 1818. It has a circulation of around 2 lakh copies which is printed daily from its various centres.

Codleo Step Up Your Game ...

An article authored by our Global Chief Revenue Officer, Mr R S Maan was published in one of leading newspapers of India – The Pioneer. ...

END_OF_DOCUMENT_TOKEN_TO_BE_REPLACED How IT services startup C...

The future of Indian SMBs lies in complete digital transformation, and IT services startup Codleo wants to make the transition easier with cloud migra...

END_OF_DOCUMENT_TOKEN_TO_BE_REPLACED 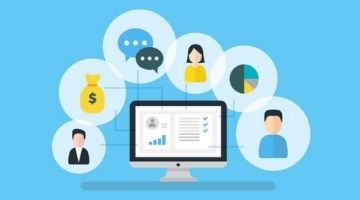 We all know that survival, success and reputation of a business are significantly dependent on how well it services its customers. Whether a company c...

END_OF_DOCUMENT_TOKEN_TO_BE_REPLACED

WE PROVIDE THE FOLLOWING
SALESFORCE SERVICES FOR YOU